Will "Brimstone" Kucmierowski - Sesame Street To Fire and Brimstone

This episode we welcome Grindhouse Radio Personality- Brimstone. Brim has been a Child actor- appearing on the beloved children’s show Sesame Street, a Former Pro-wrestle who has had comic book characters modeled after him, D...

This episode we welcome Grindhouse Radio Personality- Brimstone. Brim has been a Child actor- appearing on the beloved children’s show Sesame Street, a Former Pro-wrestle who has had comic book characters modeled after him, Developer of an award winning hot sauce, and a renowned radio personality on the New York city area radio scene. Always a shapeshifter- we will look at how Brimstone has ultimately discovered his true personality, followed his heart and his dreams and always delivered through his personal self-belief and confidence in his true identity. Join us as we look at how never giving up on yourself leads to discovering your Super Hero Identity on this episode of... The Light Inside. --- This episode is sponsored by · Anchor: The easiest way to make a podcast. https://anchor.fm/app --- Send in a voice message: https://anchor.fm/thelightinside/message Support this podcast: https://anchor.fm/thelightinside/support 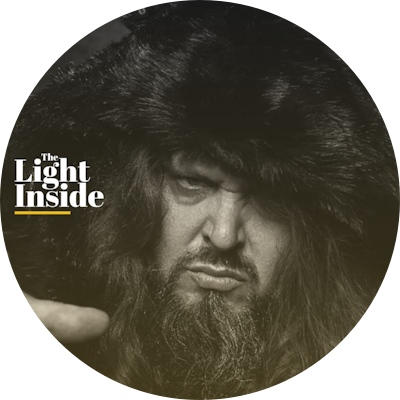 Brimstone has been SAG-AFTRA since 1980. As a child actor, he made appearances on iconic pop culture shows such as Sesame Street and Romper Room. Under his given name, he was a touring musician as the drummer for bands like Who's Laughing Now and Bugsy. He later became best known for his career in professional wrestling where he has made countless appearances worldwide for the leaders in sports entertainment and throughout the Independents. Brimstone has had a long history appearing in various films, television programming, short films, documentaries, video game voice acting, and cameos in music videos. Notable nationally televised appearances include WWF Superstars, MTV’s TRL, 106 and Park and The Ricki Lake Show as well as countless appearances on national and local affiliates including NBC, CBS, ABC and The CW. He’s been featured in documentaries including Wrestling Then & Now and Standing in the Stars: The Peter Mayhew Story as well as music videos like, Touch & Go by rapper Joe Budden, Dawn Monroe’s Get it Poppin, Bethany Davis’ Lose Control and multiple videos by Frank Lucas, Jr. (Street Star and Let’s Go). He’s also been credited with background vocals on guitarist Bumblefoot’s 2015 release, Little Brother is Watching. Video game voice-over credits include, Seduce Me 2: The Demon War, Sorim Story: Race World (Brimstone is a playable character, available skin and voice of multiple characters), Viking Vengeance as the character Wotan, Triagat as the character Idium, Brimstone’s own Forza Infernis (on Android, Apple & XBox One), Wasteland Wars & GHR: The Great Airspace Chase; is voicing the character Wrath in the game, Rose & Locket and was announced as voicing the lead character, Terror T in the upcoming 2D video game (and animated series) Cereal Killaz. In VR - Brim voices the lead character, Wyatt in the Western based shooting game Finger Gun for the Oculus Quest 2; as well as the character Skalakron in the game, The Search for the Lost Weld (releasing 2023 on Steam, Nintendo Switch and other platforms). Brim’s voice can also be heard in a variety of Q&E Productions’ animated shorts, as Game Day in The Weeklings animated series, Santa Claws for viral YouTube channel, eLL Cartoons, as well as a surprise character in the viral, God’s School. He will be voicing characters including Commander Frosting in Donut Baby for Noise Nest Animation Network (Viacom) and the lovable Beezal in Brush Brigade. Brim has a cameo on a celebrity stacked, narrative fantasy podcast, Children of Sperea where he voices the role of Private Rarla. He can be heard on the Kikkoman Corporation’s national radio ads that he not only voiced; but collaborated in the conception and production thereof. He played the killer in the 2010 horror film, Killer Hoo-Ha! as well as roles in independent films like, Preacher Six, Mott Haven: Cash for Keys, Bloodline, The Roadhouse and many more. Brim can be found in the series, Seymour the Unfortunate Vampire and making cameo's in Troma Entertainment's 2017 Virtual Reality film, Sgt. Ka-Spooky-Man's Cray-Cray VR Halloween Extravaganza, Kabukiman’s Cocktail Corner and Shakespeare's Sh!tstorm in 2019.

As the co-founder, President, and CEO of Hound Comics, Inc. (Hound Entertainment Group), Brimstone and his team of creators launched his comic book series, Brimstone and The Borderhounds on October 31, 2010 at Borders Books and as of January 11, 2011 went nation and worldwide via Barnes & Noble, B.Dalton, BN.com, ComiXology and Amazon. The Borderhounds brand has since then expanded with a variety of Brimstone branded products including (but not limited to) the “Border-Pups” children's book series, coloring books, video games, plush toys, vinyl toys (featured for multiple seasons on The Big Bang Theory) and the Animated Series. Furthermore, under the leadership of Brimstone, Hound Entertainment has also expanded tremendously and aggressively over the years with the addition of publishing over forty different creator-owned projects between the brands Hound Comics, Hound Publishing, Co-Exist Publishing, and Hound Kids. The most satisfying of his endeavors has been becoming the host of The Grindhouse Radio, a pop culture talk-based podcast and series that is currently syndicated on over twenty-five digital & terrestrial radio networks (including iHeartRadio, iTunes, Spotify & Google Play Radio) with a listenership of between 3.5 – 4 million weekly worldwide. The Grindhouse Radio, also known as GHR - has achieved ranking in the Top 20 Best Comedic Podcasts (as high as #6) worldwide on iTunes, as well as #83 on their overall charts. In addition to GHR, Brim hosts his own personal companion podcast series, Within Brim’s Skin which has independently ranked in the Top 100 on iTunes worldwide. As of 2021, Brim began co-hosting a secondary companion series alongside GHR's Tom Greer entitled, Truly Inconsequential - a live and interactive talk show; as well as The Dirty Little Secrets Club with co-host Dayna Pereira which maintains a ranking in the European and Canadian charts. Brimstone has been listed at #2 in Podcast Magazine's 2022 - 40 Over 40 most influential podcasters, and appears regularly as an expert speaker at libraries, schools, the Freelancer's Union and universities teaching podcast hopefuls, ‘how to podcast’ from nuts to bolts in Podcast 101, 201, 301 and other courses along with his GHR partners. On social media, Brimstone and GHR branded GIFs have been used over 1.4 billion times via their official Giphy account. Notably, The Grindhouse Radio was a topic of discussion at the European Planetary Science Congress 2018 - officially making them a citable source for scientific and collegiate papers. In 2018 – GHR released and distributed their first Holiday single, ‘Baking Cookies’ that was written by Brim and the main cast.