We're all on the journey.

Sometimes doing nothing is the very thing that brings you value and meaning. The old saying "the devil makes work for idle hands" emphasizes the importance of staying busy to avoid trouble. This is just one example of why we consider inaction to be wrong. Action bias stems from notions that date back centuries before it was developed as a concept. However, the theory behind this bias is relatively new. Therefore, there are many things that we still don’t fully understand about it. Despite these limitations, researchers have found some evidence for what context gives rise to action bias.

The action bias describes our tendency to favor action over inaction, often to our benefit. However, there are times when we feel compelled to act, even if there’s no evidence that it will lead to a better outcome than doing nothing would. Our tendency to respond with action as a default, automatic reaction, even without solid rationale to support it, has been termed action bias.

Thousands of years ago, survival depended on immediate action. In our history as hunter-gatherers, it's been suggested that we're wired to take action.

A survival instinct once incredibly adaptive, this automatic impulse is still present today. The action bias has become less necessary for survival as our environment and lifestyle have evolved. While this is true, those who act still receive a higher reward than those who don't. As an example, students who participate in class are frequently praised over those who remain silent. As a result, we become habitual in engaging in this behavior by reinforcing our instinct to act. Unfortunately, this results in us taking action in situations where inaction is more appropriate.

Aside from rewarding action, punishing inaction contributes to the action bias as well. Also, people who have had negative past experiences as a result of inaction are more likely to engage in action bias. This regret mobilizes us to act to avoid another failure. When we are biased toward action in a situation where doing nothing is the best response, this can backfire.

In conclusion, while human instincts for survival probably contribute to the action bias, these instincts would not be maintained without the reinforcement and punishment we experience throughout our lives.

Where this bias occurs:

Our tendency to favor action over inaction may be referred to as action bias. Nevertheless, sometimes we feel compelled to act, even when there is no evidence that doing so would result in better results. Our tendency to respond with action as a default, automatic reaction, even without a solid rationale to support it, has been termed action bias.

Continuing to engage in the action bias only contributes to the propagation of the belief that inaction is wrong. The decision to act doesn't always pan out, but we can rationalize that if we hadn't done anything, it would have been worse, even if it wasn't the case. Consequently, we continue to make poor decisions based on the view that action is superior to inaction.

An example of a systematic challenge due to action bias was brought to light by Patt and Zeckhauser. They authored one of the earliest papers on action bias (2000),2 in which they outlined certain areas affected by it. In particular, they focused on policy-making. They described how, in order to make a salient impression, politicians will often pass showy — but relatively ineffective — environmental policies.

Such action gives the impression that something is being done, when, in actuality, the effects are minimal. Our bias toward action may result in us applauding these empty actions, even though no real progress is being made. 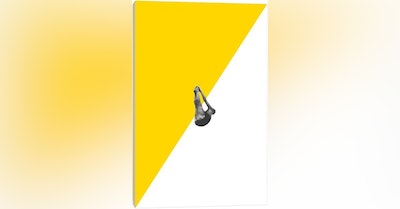 Identifying our superego is the first step to changing it. We must be able to distinguish between thoughts and emotions coming from our superego and thos…